Welcome to the "pearl of the Sulcis"

Calasetta (originally Cala di Seta) was founded as a seaside village in 1770 and originally inhabited by Tabarkine refugees.

They were mostly Ligurians who had moved to the Tunisian island of Tabarka since the mid-1500s. In the second half of the 18th century they had requested permission to move to the Kingdom of Sardinia to colonise part of the Island of Sant’Antioco.

This little marine jewel, nestled on the south-western side of the crystalline sea of Sardinia, on the island of Sant’Antioco, is a fascinating blend of Tabarkine, Ligurian and Sardinian culture.

Here you can find a dialect very similar to Ligurian – Tabarkino, North African recipes such as couscous, Ligurian and Piedmontese surnames, up to the real cult of the cultivation of Carignano grapes on a straight vine.

A pretty port allows you to reach the nearby island of San Pietro and Isola Madre, the 3 beaches, one of which is immediately below the town, make Calasetta a perfect destination to enjoy the best of Sardinia from a different point of view, perhaps the most authentic one. The nearby town of Sant’Antioco, just 15 minutes away by car, will catapult you into the oldest Sardinian culture. 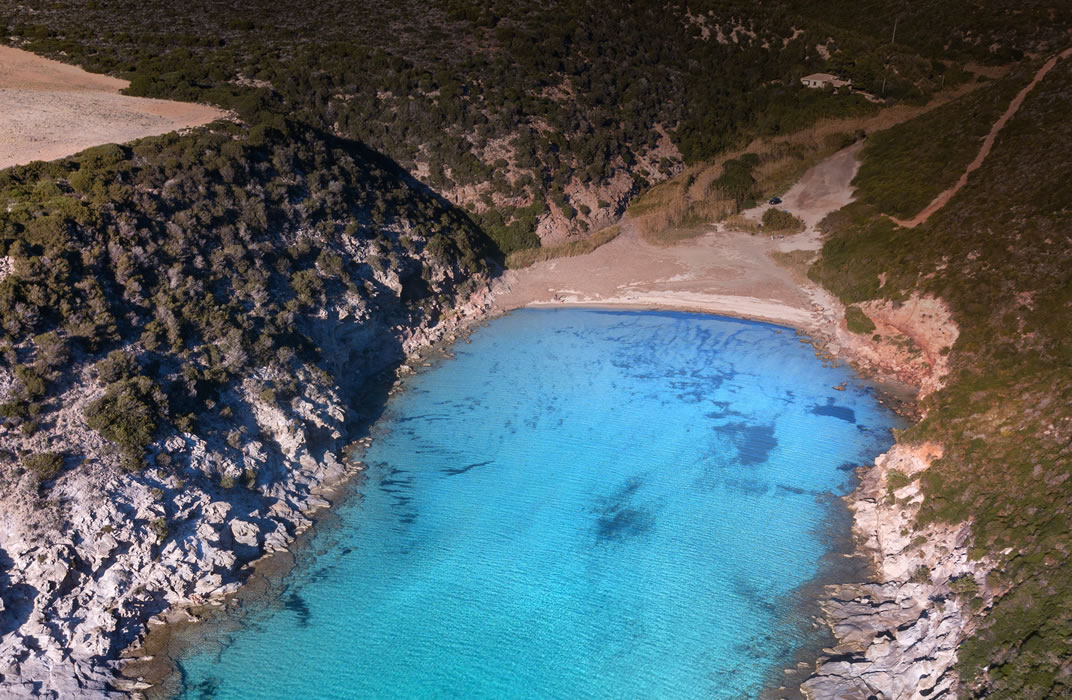 Three beaches are waiting for you within a radius of only 6 km (Spiaggia Grande, La Salina and Sottotorre), all in the Municipality of Calasetta; all the others on our small island are no more than 20 minutes by car from us.

From the nearest Spiaggia Grande, just 600 metres from the hotel, whose name gives a clue as to its size, to the wild beach of Co’e Quaddus (“ponytail”) on the opposite tip of the island of Sant’Antioco, you’ll find fine sand, clear and crystalline sea.

The seabed is also beautiful for snorkellers: in fact the composition of the coast is generous even to rock lovers. As well as this, in many points the rocks offer easy access to the sea for those who want to avoid the hustle and bustle of the beach.

The beaches are mostly free but there are some equipped beaches.

Just 45 minutes by car from the hotel are the white sand dunes of Porto Pino beach, a true masterpiece of nature.

The bay, which is three-quarters of the way into the Sulcis region of Sant’Anna Arresi, is a perfectly balanced ecosystem: white beaches which immerse themselves in the blue tones of the sea, ‘desert‘ dunes of fine sand, pink sandy coves with clear bottoms, placid lagoons and a forest of very rare Aleppo pines, thorny oaks, centuries-old junipers and luxuriant Mediterranean scrubland.

The inlet extends for over six kilometres, four of which are sandy stretches, divided into three portions.

The seabed of the entire coast is sandy and slopes slowly: the water is very shallow for dozens of metres, making it ideal for families with children and also for snorkelling and competitive fishing enthusiasts. 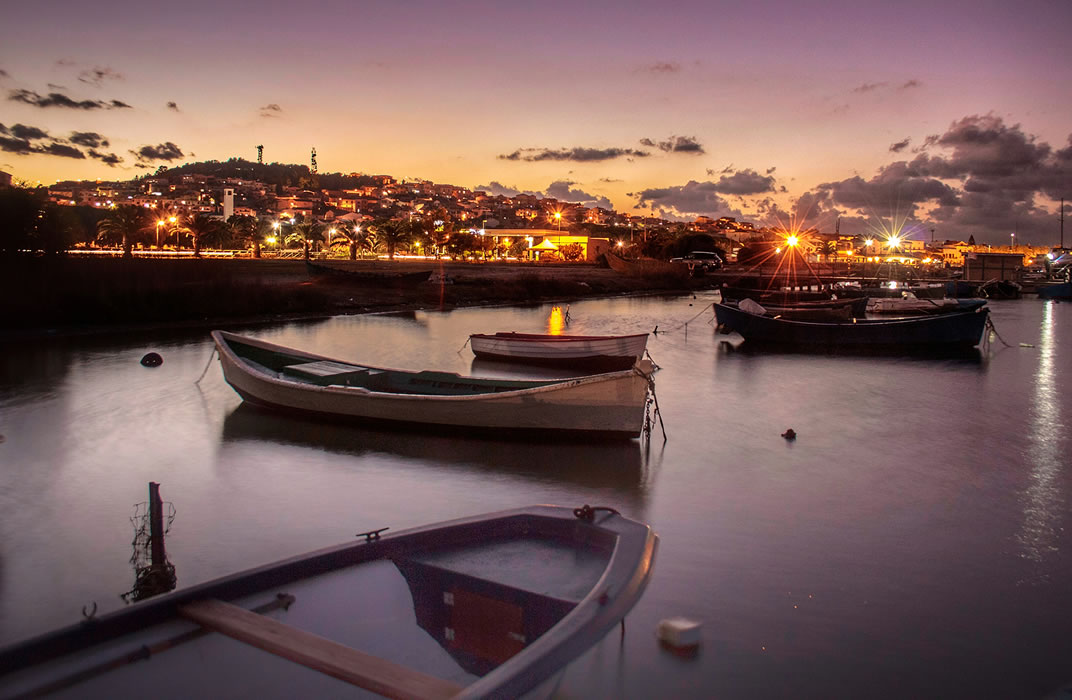 A few kilometres from Calasetta and from the hotel is Sant’Antioco, the main port of our island.

Upon your arrival you will be immediately struck by its uniqueness and its beauty, even before climbing the artificial isthmus which connects it to Sardinia, perhaps built by the Carthaginians and perfected by the Romans.

To this day it is the oldest city in Italy, originally Sulky, founded by the Phoenicians (770 BC), then conquered by the Carthaginians.

Today there are still tophets and necropoles (5th-3rd century BC) which occupy the entire hill of the basilica and on which the Roman necropolis and then a cemetery of catacombs, unique in Sardinia, were built: we recommend a visit to the ethnographic museum, to the archaeological museum and the whole archaeological area. 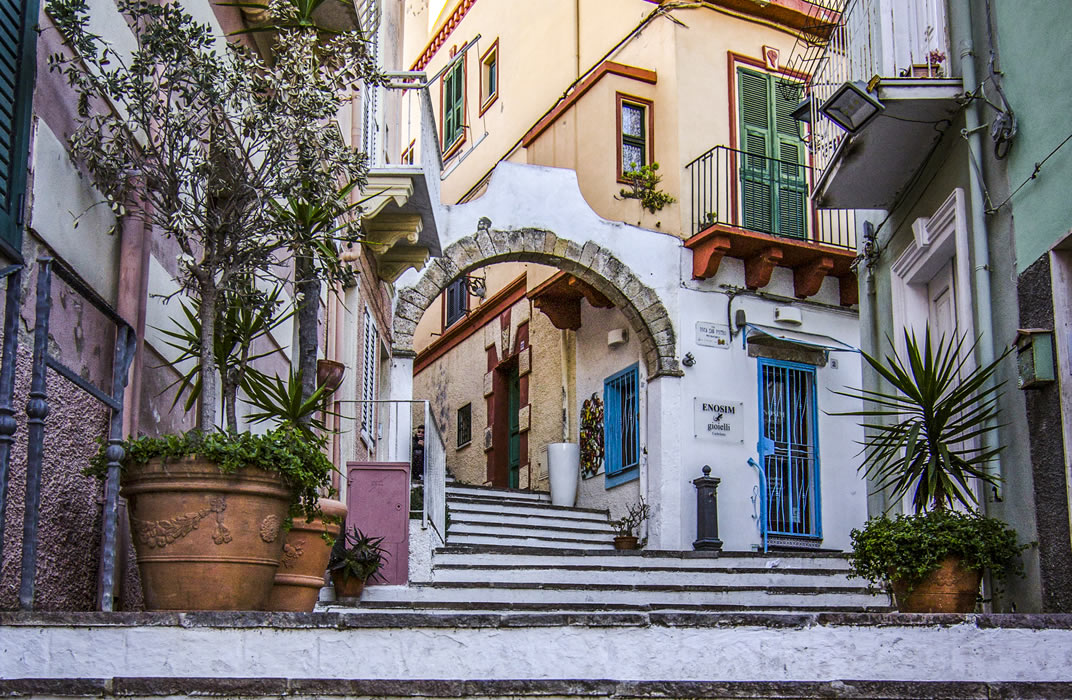 “U pàize” is a Ligurian enclave in Sardinia: just like Calasetta, Carloforte has preserved the language and culture of its founders, the fishing families who originally came from Pegli and from the Tunisian island of Tabarka (where they had lived since the 16th century).

In 1738 the Tabarchins obtained permission from King Charles Emmanuel III to colonise the island of San Pietro, which was uninhabited and known as ‘of the sparrowhawks’. It was the same fishermen, 40 years later, who founded Calasetta.

Carloforte, still closely linked to Pegli and Genoa, is the only urban centre of the island: it will captivate you with narrow streets and alleys which climb up a gentle slope, with colourful glimpses and views of the sea, with a marina and ancient defensive fortifications of which watchtowers and sections of walls with forts still remain, including the Lion’s Gate. 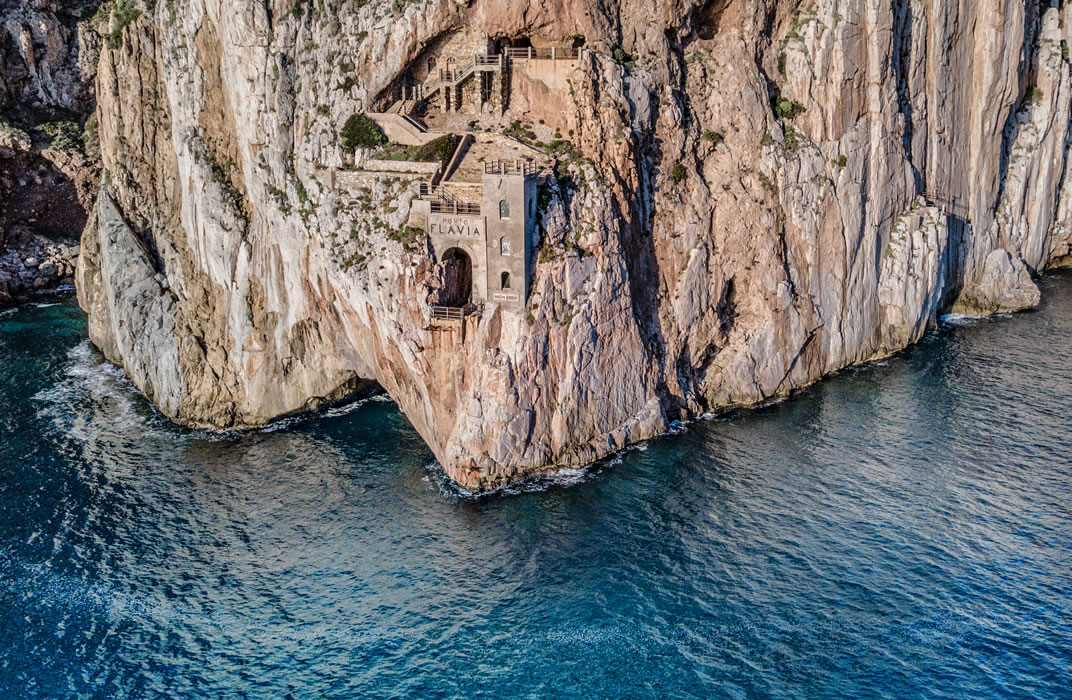 One of the still little-known faces of Sardinia which is of great historical, cultural and panoramic value is its geomineral heritage.

The island has many examples of industrial archaeology related to mining and their preciousness has meant that in 2007 they were named a world heritage site by UNESCO.

Behind these sites there are traces of a fascinating culture and the region which best expresses and preserves these realities is the Sulcis Iglesiente.

The mining sites which we recommend you visit are: Well of Santa Barbara and Mine of San Giorgio, Galleria di Porto Flavia, Great Mine of Serbariu. 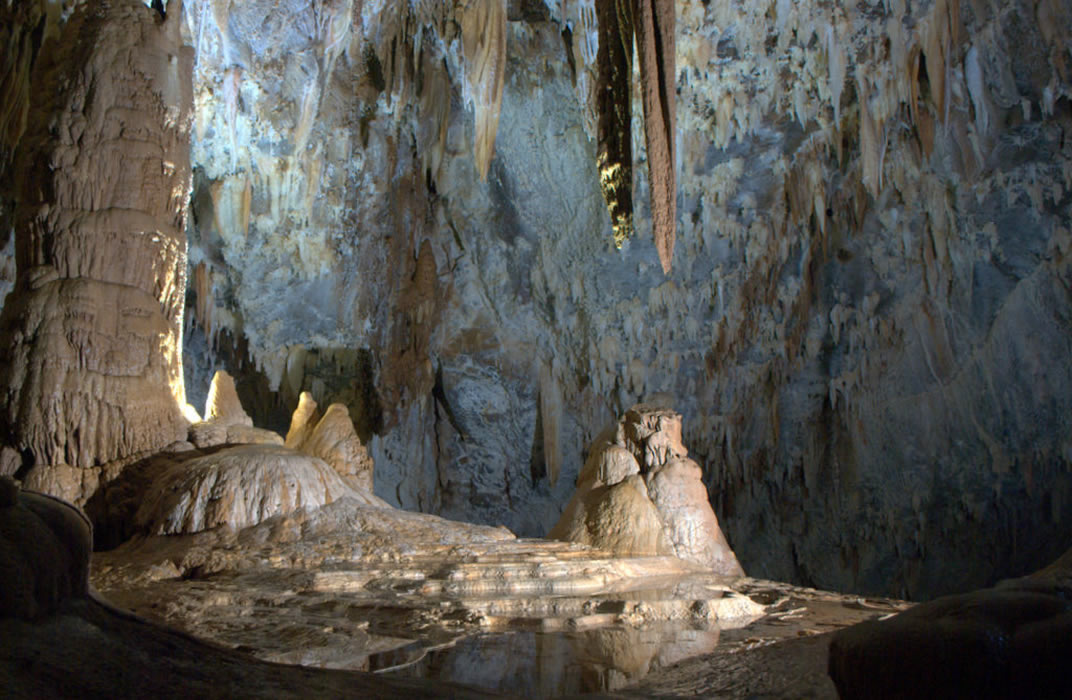 The Sulcis-Iglesiente is marked by the presence of hundreds of caves of various sizes, originating from deep karst phenomena: they attract thousands of caving enthusiasts from all over the world.

The best-known cave in the area is Su Mannau, a few kilometres from Fluminimaggiore (near the Antas valley), among the limestone mountains which attract thousands of tourists every year.

Not far from Domusnovas, a town founded in the Middle Ages, we find the cave of San Giovanni, the only one in Europe to be crossed by an tarmac road: from one entrance to the other it is more than 800 metres long.

The caves of Is Zuddas, a few kilometres from Santadi, at the foot of Mount Meana, are very fascinating. Opened to the public in 1985, stalactites, aragonites and traces of fossils are clearly visible.

The present form is valid only as a booking request.
We invite you to please fill it in completely in order to guarantee a quick and precise reply.

This site was designed with financing from the European Union and with the support of the Autonomous Region of Sardinia.

By submitting this request, I confirm to have read the privacy statement and agree that my data will be processed in order to provide the requested service. See privacy information